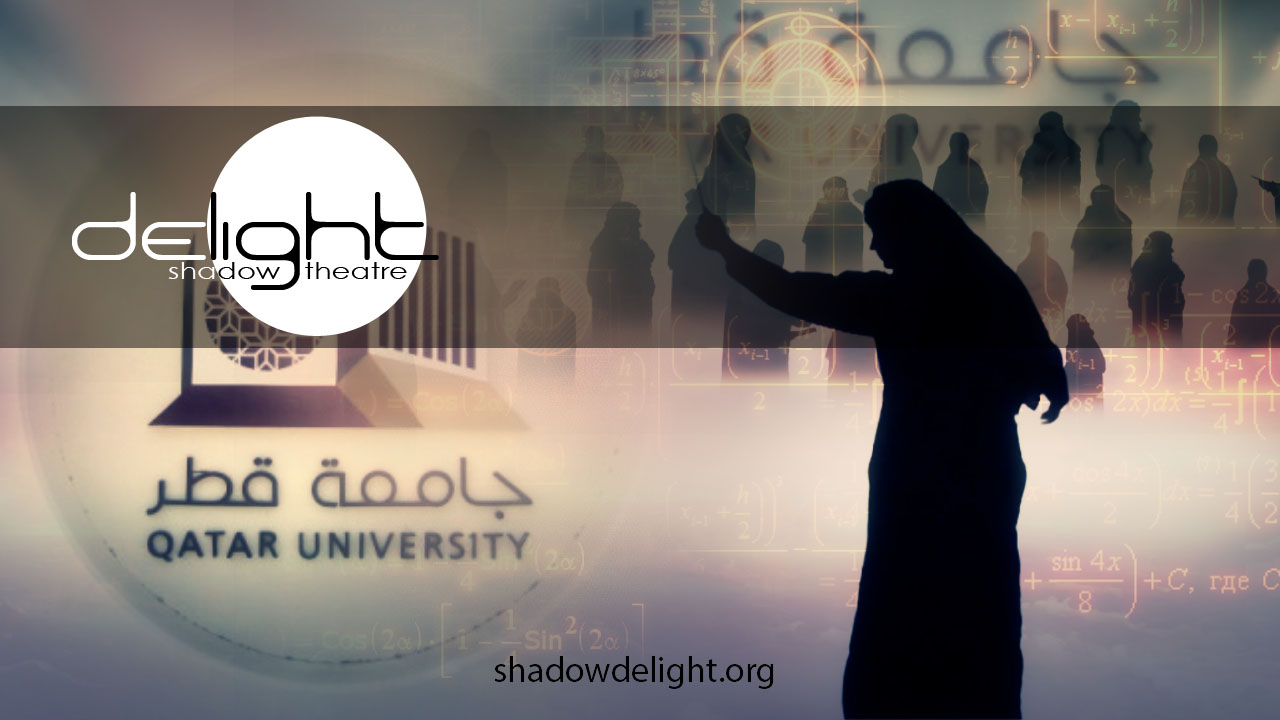 Shadow theatre Delight presents for you first video work that was done in the style of shadow theatre especially for University of Qatar.

Speech by the sahdow show on a sunny and warm parts of the world are not left indifferent professors at the creation of this video work, but rather inspired on new discoveries. Performance showing the story of five students. They, like all of us, go through all the way to the university. Here are our heroes went on different roads. Someone became an athlete, manager of the company, a successful businessman, many enjoy life, travel, show Qatar's tourist attractions. But after a time, thanks to the University, they met again.

Directed by shadow theater Delight with the help of light and bodies told the story of human achievement, demonstrated his career from the beginnings of learning, until the implementation skills on their way. Athletes have won awards, brokers made good deals. And also it shows the power of friendship, even years later allows you to defer all the important things for later, pay minute attention to old friends. Your shadow theatre Delight.